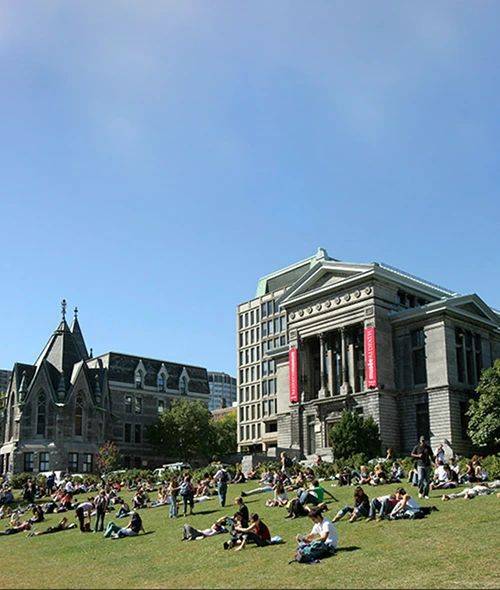 McGill University is one of Canada's best-known institutions of higher learning and one of the leading universities in the world.

International students from more than 150 countries make up nearly 30% of McGill's student body ‒ the highest proportion of any Canadian research university.

McGill is recognized around the world for the excellence of its teaching and research programs.

Ernest Rutherford's Nobel Prize-winning research on the nature of radioactivity was conducted at McGill, part of a long tradition of innovation on campuses that includes the invention of the artificial blood cell and Plexiglas.

In addition to a stellar faculty, McGill is known for attracting the brightest students from across Canada, the United States, and around the world.

McGill students have the highest average entering grades in Canada, and the commitment to fostering the very best has helped students win more national and international awards on average than their peers at any other Canadian university.

The prestigious Rhodes Scholarship has gone to a nation-leading 145 McGill students.

annual rent in Montreal based on univly research