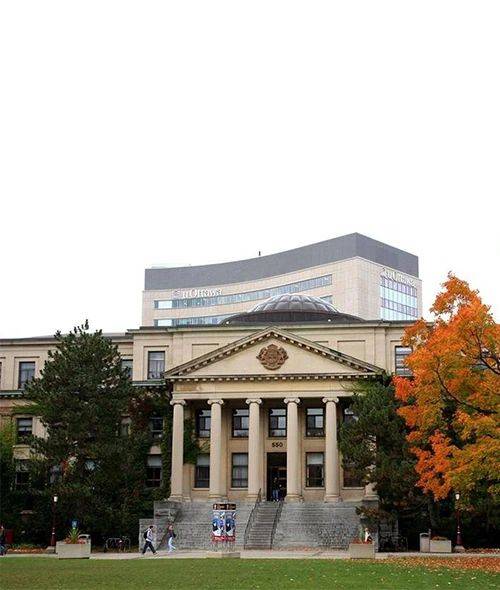 Architects Frederic Cumberland and William Storm designed the Romanseque Revival-style building with inspiration from the designs of Oxford and Cambridge Universities in England.

Construction began on October 4, 1856. University College first opened its doors to students three years later on October 4, 1859. At the time, Toronto was a town of 30,000 people and cows grazed in the fields behind the College.

1853: University College is established as a nonsectarian institution of higher education by the University of Toronto Act.

1859: The University College building opens its doors to students on October 4. Toronto is a town of 30,000 people. Cows still graze in fields behind the college.

annual rent in Ottawa based on univly research