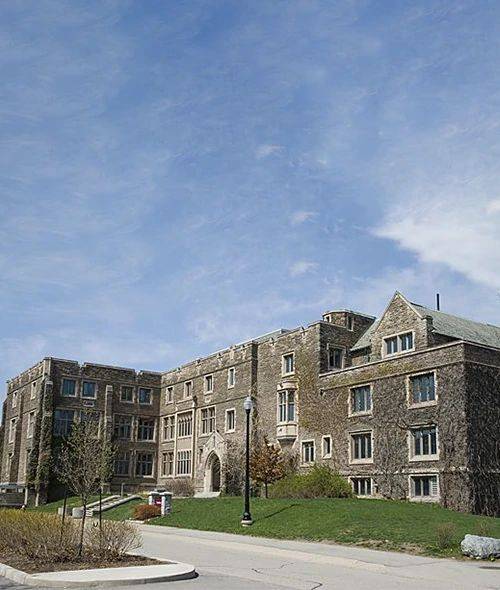 Not many Canadian universities can point to one individual as their single founding benefactor.

McMaster University has this unique distinction, owing its origin to the fortune of William McMaster, one of Canada's most successful entrepreneurs of the 19th century.

A member of the first senate after Confederation, founding president of the Canadian Imperial Bank of Commerce, a director of several other banks and insurance companies, and chairman of the Great Western Railway, McMaster amassed a fortune by the 1880s.

Young William McMaster came to Canada in the 1830s from New York, to which he had emigrated from Ireland a year or two earlier. He rapidly rose from being a 22-year old dry goods clerk in "Muddy York", as Toronto was then known, to store owner.

By the 1850s he was one of Toronto's leadingSenator McMaster and his wife, Susan Moulton McMaster, were ardent Baptists deeply interested in education.

Some credit Mrs. McMaster with suggesting that her husband found a university.

He had already spent considerable sums to finance Baptist divinity schools, including in 1885 $160,000 of his own money to build McMaster Hall, the University's first home, which is still standing on Toronto's Bloor Street.

After his death in 1887, it was discovered he had willed $900,000 for the founding of a university. McMaster University was created by a provincial charter that same year.

annual rent in Hamilton based on univly research