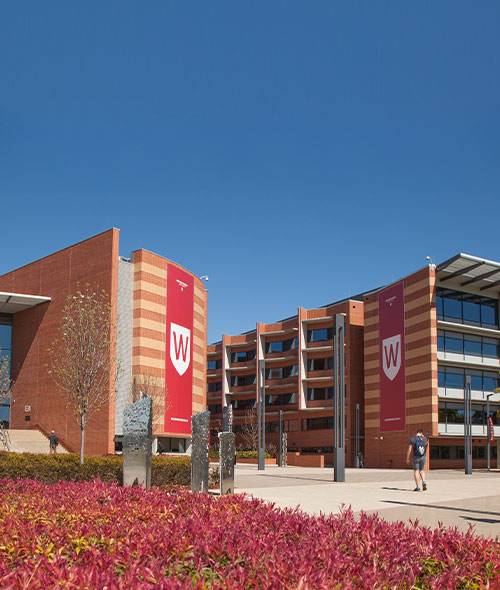 Western Sydney University has six campuses in the Greater Western Sydney region. Liverpool City: Liverpool City Campus is our brand new, state-of-the-art campus. Its facilities, transport options, and student activities are just as impressive, Parramatta City: their brand new Parramatta City campus is home to state-of-the-art learning facilities and unique study spaces. Gives you access to leaders in industry, community and government, Campbelltown: Western is a university of the people. That means being where the people are. Campbelltown campus is close to everything that’s great about Western Sydney fantastic cafes and world-class facilities, Bankstown: Our Bankstown campus offers you state-of-the-art computer labs and study areas, great cafés and on-campus activities, plus a full range of student services, Parramatta South: Parramatta is rapidly becoming the heart of Sydney’s business, creative and cultural landscape. Western’s Parramatta campus offers cutting-edge facilities and technology, Hawkesbury: Hawkesbury campus gives you access to cutting-edge facilities. Allows you to enrich your mind and get your hands dirty. Prepares you to take on the world of tomorrow, Penrith: Penrith Campus (Kingswood) is conveniently located next to key public transport for the region. Boasting state of the art library, teaching and gym facilities, Penrith Campus is where you can reach your unlimited potential, Lithgow: the Lithgow campus is situated in the Charles Hoskins Memorial Institute, which has undergone substantial refurbishment to become a state-of-the-art educational facility, Sydney Olympic Park: Sydney Olympic Park campus is in the heart of Sydney's famous Olympic precinct, with a bustling cafe and restaurant district, renowned stadiums and sporting facilities, Nirimba: Nirimba is a leafy green campus combining modern architecture with rolling hills, blue skies and landscaped gardens, Sydney City: We have partnered with Sydney Institute of Business and Technology (SIBT) to deliver our courses in Sydney city, providing students the Western experience right in the heart of Australia’s most iconic city, Vietnam: their offshore Vietnam campus strives to be a leading institution within the ASEAN Hub delivering programs across the education spectrum.

Western Sydney University values academic excellence, integrity and the pursuit of knowledge. Ranked in the top two per cent of unis in the world, we are globally focused, research-led and committed to making a positive impact on the communities we engage with.

annual rent in Sydney based on univly research

All campuses will now be serviced by one shuttle bus (two at Parramatta) operating between the hours of 7am and 7pm weekdays.